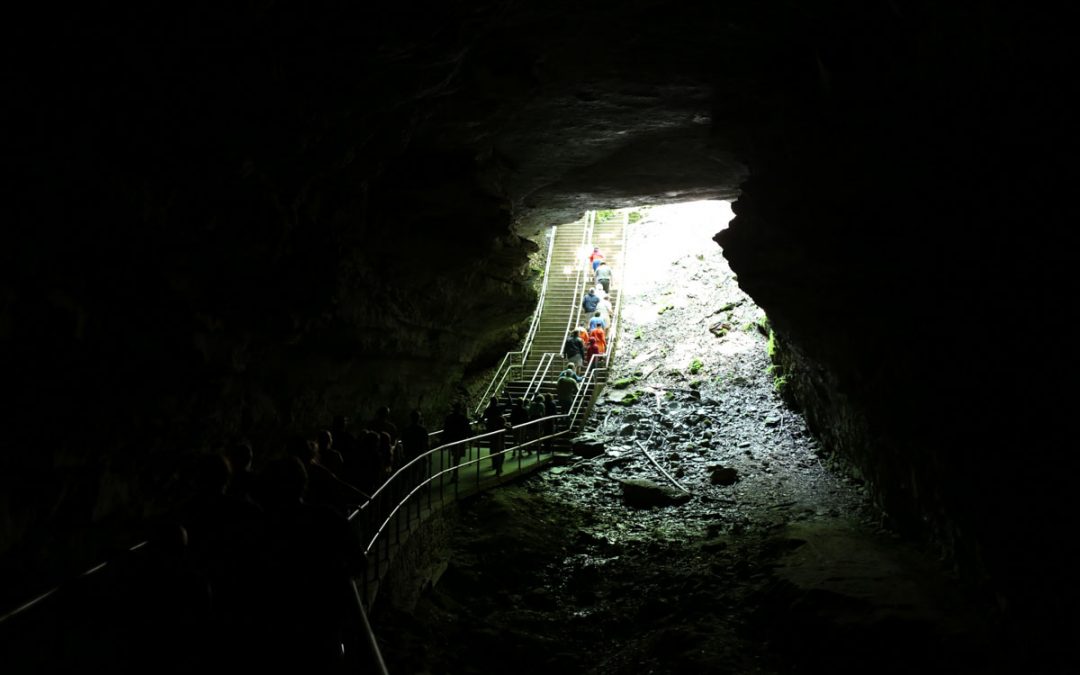 Mammoth Cave gets its name because it is quite literally miles and miles of caves.  It sits in a national park located in Kentucky. The kids enjoyed climbing through the tunnels and hearing some of the history of Mammoth Cave.

There are a few different tours based on the time of year you are there.  We did the historical tour during the summer led by a national park ranger.  The tour was about two hours with some climbing, crawling and maneuvering through small paths. That was the kids’ FAVORITE part!  Brian and I really enjoyed one of the rooms that had amazing acoustics. 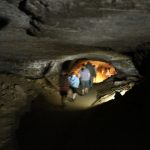 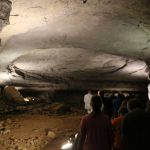 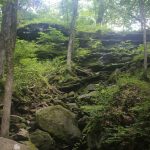 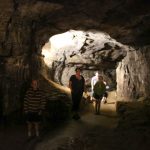 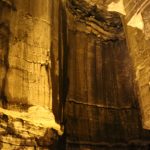 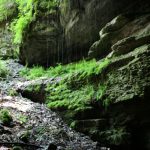 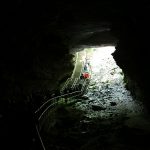 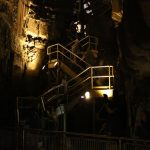 Our reservations for the tour were around 10 a.m. and we had to be there thirty minutes early, so we chose a campground close to the visitor’s center and mouth of the cave.  We were very impressed with the campground (Mammoth Cave Campground).  It was well shaded, paved drive-ins, the restrooms were clean and lit up, and it seemed to be pretty organized.  It costs about $20 per night or about $10 per night with a senior citizen or annual pass. There are additional options that raise the price. Each site has a picnic table and a garbage drop off is nearby. 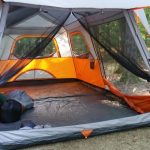 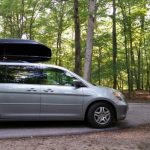 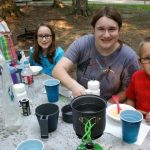 The cave is around 50-60 degrees- even during the summer; so you might want to bring a jacket/pants.  Do not wear flip-flops or sandals inside.  You will want to bring a day bag that you can carry in the front as there will be areas that do not allow for backpacks to be carried on your back.  Strollers, tripods, metal-framed backpacks and child backpack carriers are not permitted.  Also, flash photography is not permitted, so don’t bring your camera if you have to use the flash.

Everyone who enters the cave must walk on a biosecurity mat upon exiting as a precaution to keep the bats from getting a disease. 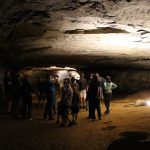 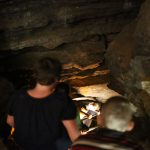 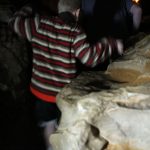 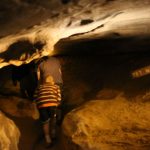 The visitor’s center has a lot of good information relative to the cave, it’s history and ecosystem.  If you have the national parks’ passport, they will stamp it for you at the front desk.  Also, there is a video that they like to show regarding the cave. If your kids are interested in doing the jr. ranger program, the staff will be more than willing to help out in that respect.  The kids love to learn about the cave, the animals in the park and, of course, get the badge or patch at the end of completion. There may be a small fee associated with this program but completely worth it.

In comparison to Carlsbad Caverns National Park, Mammoth Cave National Park is not as spectacular but it still holds a unique splendor and charm.  For more information on cave tours, camping, or any other questions, visit their website at http://www.nps.gov/maca/index.htm. 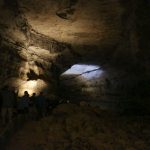 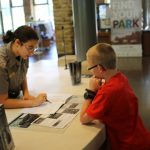 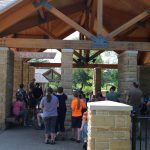 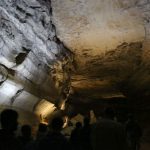 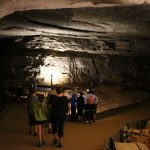 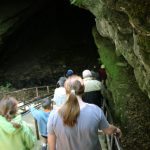 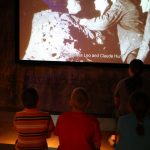 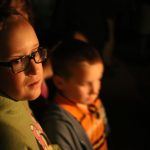