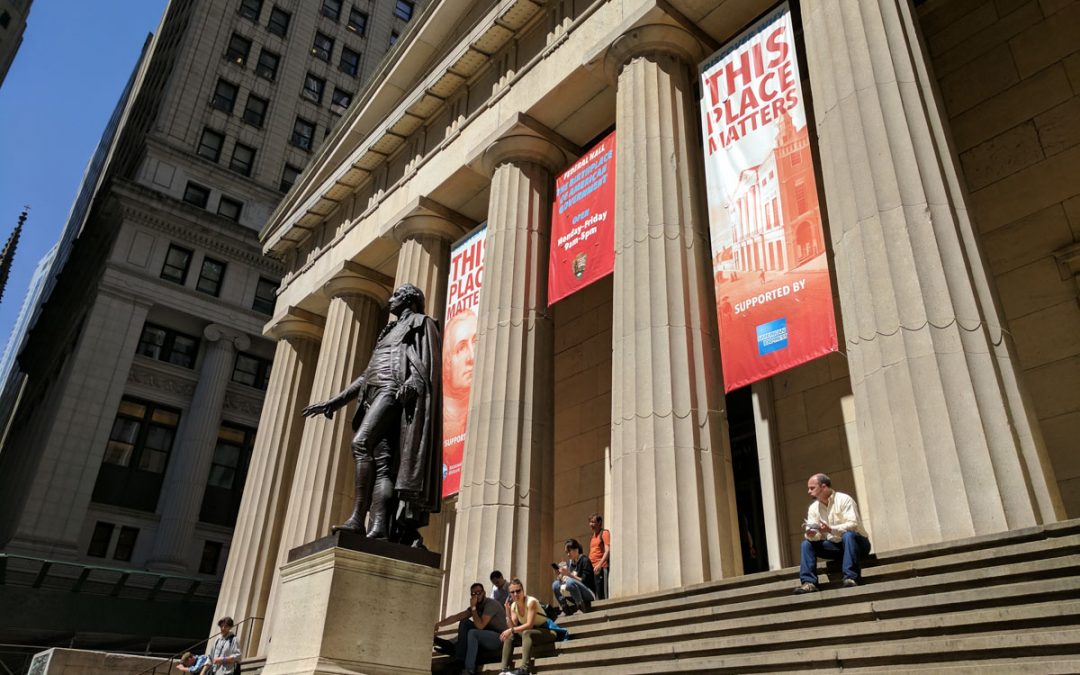 NYC’s city hall served as our nation’s first capital.  The original building burned but this memorial was built in its place.  The stone steps represent the location where General George Washington took the oath of office as the US’ first president.  Today, it’s known as Federal Hall and is a National Park and a great place to visit if you’re near Wall Street.

This was also the location of the first major meeting between US colony leaders and the birthplace of the phrase “taxation without representation” in 1765.  24 years later the Bill of Rights was first proposed here.

The Greek Revival Architecture is a tribute to the democratic ancient Greeks.

Stop by, cool off, use the restrooms (downstairs) or peruse the museum. We hope you’ll realize the importance of this historical site. 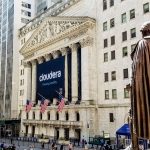 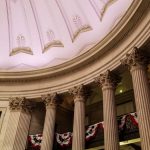 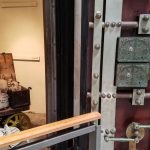 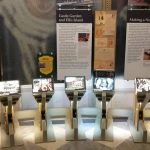 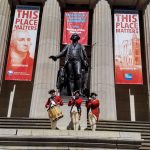 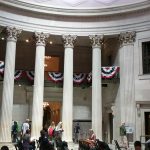 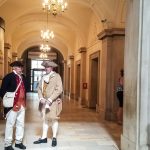 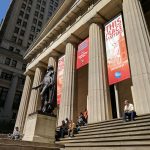