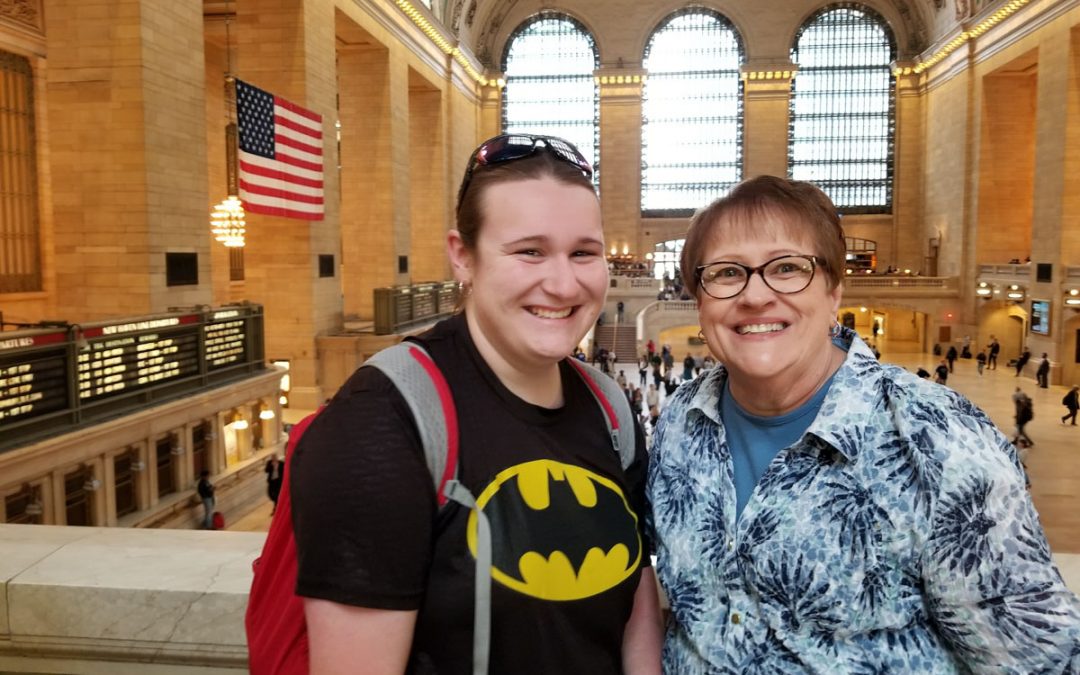 A trip to Midtown Manhattan wouldn’t be complete without a visit to Grand Central Terminal.  But, since the late 1800’s everyone calls it Grand Central Station even though the station was replaced by this remarkable building. Grand Central Terminal is the largest rail station in the world although only 67 of the 100 rails are regularly used for passengers.  With over 21 million visitors, it’s in the top ten most visited places in the world.

Hungry? Head downstairs to the dining concourse or catch a snack from one of the 40 stores peppered throughout the building.  Our kid’s favorite is any of the pizza places downstairs.  The ice cream isn’t bad either. This is also a great place to explore when you’re needing a bathroom break, a place to change a diaper, or a way to get out of the weather.

If you have an extra 20 minutes, there’s even a small transportation museum with NYC Subway paraphernalia available to purchase. 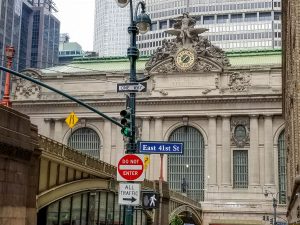 This building was built as to compete with the new Penn Station only a few blocks away.

This building was remodeled to eliminate steam engines and accommodate the latest electric technologies of the late 19th century.  This building has come to hose secret presidential rails and elevators (once used by Roosevelt), secret rooms that power much of NYC’s subways, (in the past) CBS television studios,  rockets, art galleries, the famous oyster bar, and was constructed in such a way to support a future skyscraper.

Plans were made several times to severely remodel the station.  The latest in 1968 almost happened but quick thinking on the local historical society saved the building that remains today.  Just remember to bring your walking shoes if you plan on walking around the station. This place is huge at almost 50 acres in size. 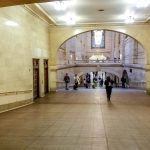 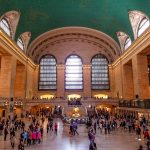 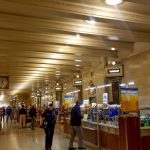 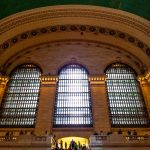 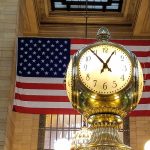 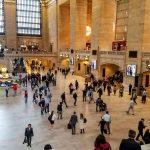 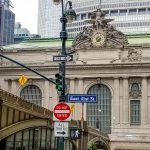 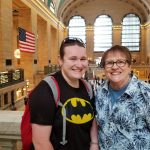 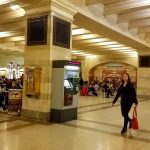